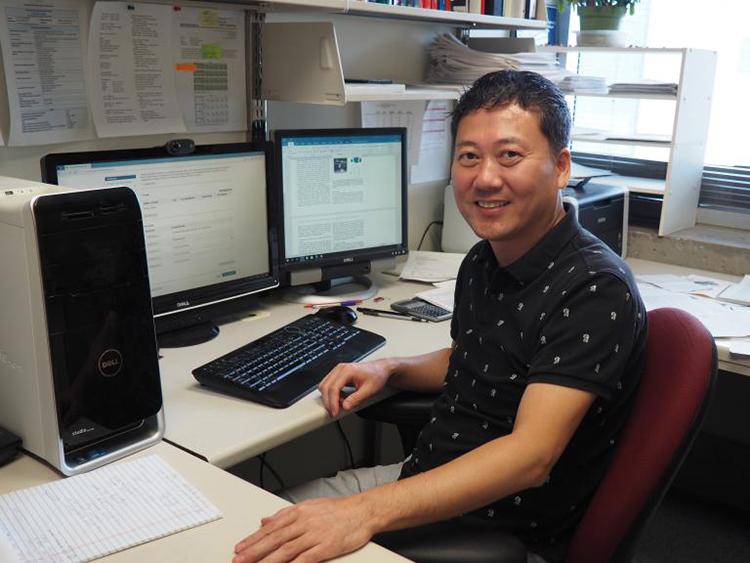 A little bit of norovirus – the highly infectious microbe that causes about 20 million cases of acute intestinal illness in the United States each year – goes a long way. Just 10 particles of the virus in food or contaminated water can cause illness in humans. A team of University of Arizona researchers led by biomedical engineering professor Jeong-Yeol Yoon has created a simple, portable and inexpensive method for detecting extremely low levels of norovirus.

To detect norovirus in the field, such as on cruise ships or in municipal water wells, the team decided to use very simple materials: paper, in the form of microfluidic chips, and a smartphone.

“Norovirus particles are too small to be imaged by a smartphone microscope, and so are antibodies,” Yoon said. “But when you have two or three or more of these beads joined together, that indicates that the norovirus is there, causing the beads to aggregate.”

These clumps of beads are large enough for a smartphone microscope to detect and photograph. Then, a smartphone app the researchers created counts the number of illuminated pixels in the image to identify the number of aggregated beads, and subsequently, the number of norovirus particles in the sample. That’s another advantage of the paper chip: Through capillary action, the groups of beads spread out along the paper, making them easier to count. The most expensive component of the whole device – the smartphone microscope – costs less than $50. It is also simple to use.

The team published their results in ACS Omega, the official journal of the American Chemical Society, and Yoon presented the research [video] at the ACS Fall 2019 National Meeting & Exposition in San Diego.