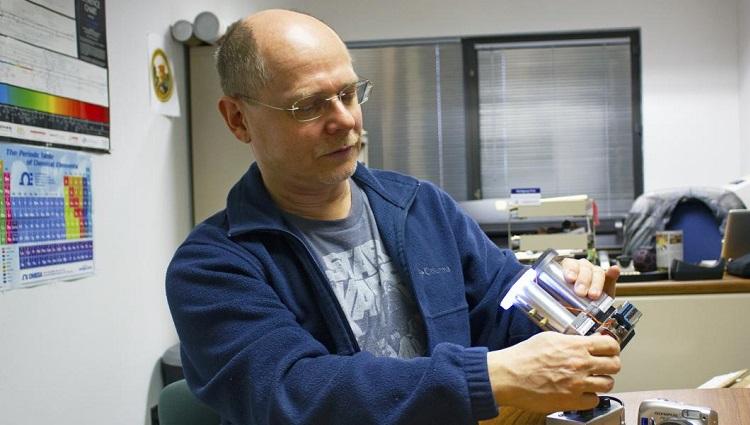 University of Arizona biomedical engineering and electrical and computer engineering professor Wolfgang Fink received the inaugural Scott Clements Most Valuable Person Award at the Prognostics and Health Management (PHM) Society’s 12th annual conference. The Scott Clements MVP Award recognizes individuals who have contributed to community engagement, cross-sector initiatives and other support of the PHM Society. The organization awarded Fink both for his contributions to society events and his assistance in gaining broader recognition from the scientific community.

“I feel very humbled by receiving this honor, especially since the award is named after the legendary Scott Clements, who has been a fundamental pillar of the PHM Society for years,” said Fink, who is also the Edward & Maria Keonjian Endowed Chair in the College of Engineering. “It is great to be recognized outside the university.”

Fink earned this inaugural award after serving as the general conference chair for the PHM Society's 2019 Conference, the organization's most successful conference to date, with the highest-ever attendance, revenue, sponsorship support and number of countries represented. For the 2019 conference in Scottsdale, Fink helped organize the first-ever PHM for Precision Agriculture panel. He also established and led the PHM for Human Health & Performance panel over the last several years and served as a member for the Fellow and Lifetime Achievement awards committee of the PHM Society.

Fink also serves as an executive committee member for the PHM Society's Board of Directors, and served as the guest editor for PHM for Human Health & Performance, a special issue of PHM's flagship publication, the open access International Journal of Prognostics and Health Management.

The PHM Society is a nonprofit society dedicated to advancing prognostics and health management in numerous fields of engineering. The PHM Society disseminates research results, hosts an annual US and European conference, and facilitates interdisciplinary collaboration to lead the advancement of PHM as an engineering discipline.