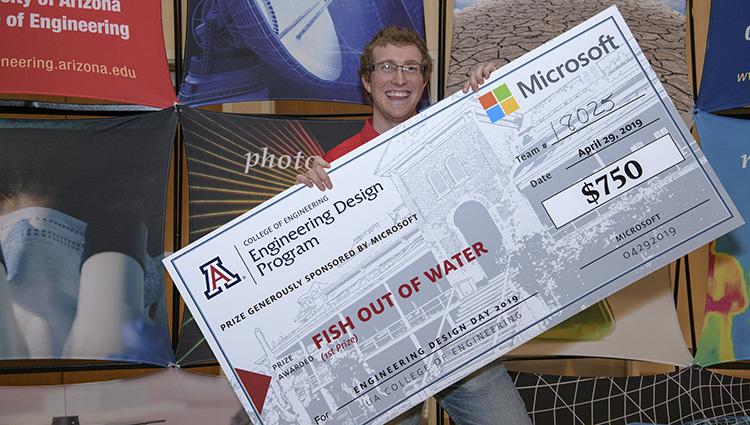 On April 29, at the 17th annual UA Engineering Design Day, 55 biomedical engineering students on interdisciplinary teams showcased two semesters' worth of sweat, tears and time on their senior capstone projects while competing for more than $35,000 in prizes.

With support from W.L. Gore and Associates, the BME department itself sponsored nine projects, ranging in scope from a bioreactor for engineered cartilage tissue to a virtual reality CPR training system to a portable electrophoresis machine, and from a robotic device to help people with damaged joints walk to a bruise age measurement sensor that could help fight child abuse.

Congratulations to all BME's hardworking seniors, including those on the following award-winning teams: