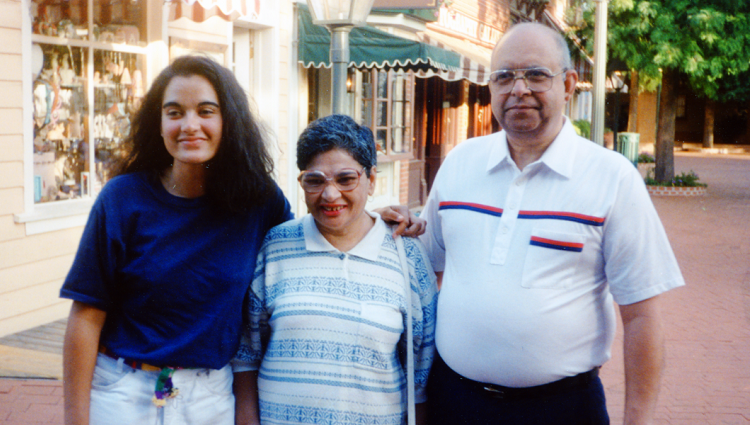 The Haq Foundation has donated $500,000 to establish the Subhanul “Sam” Haq Endowed Scholarship fund at the University of Arizona. The gift supports College of Engineering students in their initial year of graduate school. Students with an interest in Pakistani, Indian, Chinese, Korean or South American culture, or those interested in the advancement of women in engineering, are particularly encouraged to apply.

The initial recipient is Maisam Jafri, an MD-PhD student who is in his second year of medical school and will begin his PhD in BME in January 2023. He will be working on areas including biomedical device implantation, therapies to improve outcomes after injury, skin grafting, and chronic wound development.

The Haq Foundation was established at the behest of Karen Haq, who earned her University of Arizona BS in biochemistry in 1993. After she completed college and graduate school, her father developed cancer, and she returned to Phoenix to care for him until his death. She then took care of her mother until her mother passed away in 2018. Karen herself was diagnosed with colon cancer and died just months later.

In her last days, Karen talked to close friends from high school and college about what she’d like to do with her inheritance. She suggested a foundation for three causes: animal shelters, to honor her mother’s love of animals; respite care, an interest Karen developed after her experiences as a caregiver; and engineering scholarships, to recognize her father and his career. Her friends formed the Haq Foundation to carry out the mission.

“Every student who passes through the University of Arizona is part of the Wildcat community, and we are so grateful that Karen has chosen to leave behind a legacy in the College of Engineering,” said David W. Hahn, the Craig M. Berge Dean of the College of Engineering. “This support is well aligned with our commitment to being a global educator, and the generosity of the Haq family will empower our graduate students for years to come.”