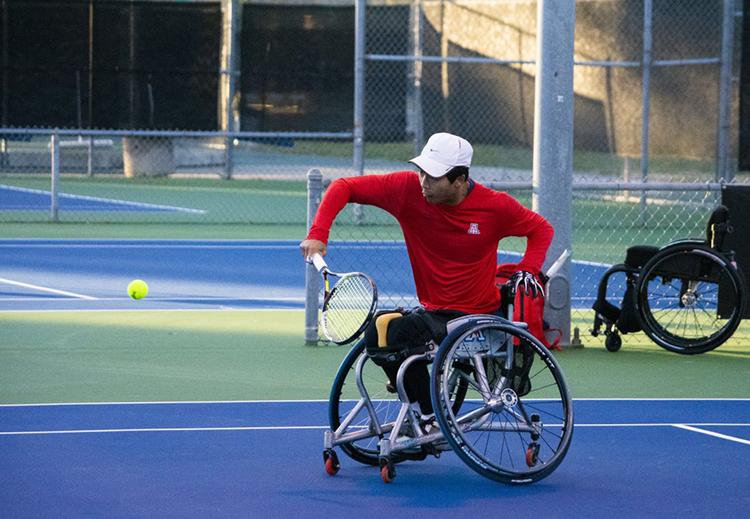 Jason Keatseangslip: "It's fun for sure, but there's a lot on the line when we’re playing." Courtesy Photo.

Since he graduated in 2017, Jason Keatseangsilp has turned his focus to his No. 1 passion: wheelchair tennis. In fact, he’s currently ranked 130th in the world in singles play and 58th in doubles competition. He returned from Israel, where he was competing as a member of the USA wheelchair tennis team, earlier this year. The five-man American unit competed in the 44-team, 16-country BNP Paribas World Team Cup, finishing 8th out of 16 squads.

The now-24-year-old became paralyzed from the waist down during a rappelling accident in 2011, but went on to earn his bachelor’s degree in biomedical engineering. His senior year, he was on a design team that created an exoskeleton device to help a fellow Wildcat with cerebral palsy, Jeffrey Bristol, learn to walk. Bristol stood to receive his UA diploma in May 2019, just before Keatseangsilp left for Israel.